Approximately 235 million people around the world suffer from asthma alone. Not for nothing has allergy been described as a 21st century epidemic.

Clinical studies have confirmed that halotherapy has an efficacy level of 82%. Health centres are visited every day by hundreds of people with a wide and diverse range of health problems. Allergy, a twenty-first century disease, now affects almost every second person.

As we know, it is the duty of every health care facility to protect the health of every patient who entrusts its doctors with the most precious thing they possess, their health, anticipating holistic care which encompasses diagnosis, conservative treatment and rehabilitation, as well as preventive measures. 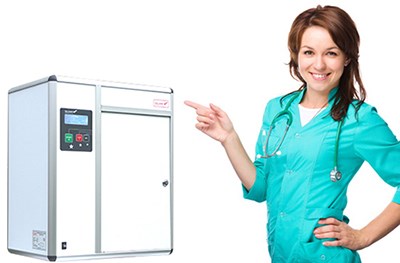 So, when a health centre provides its patients with treatments which bring about a real improvement in their health, it gives them a sense of security. And the centre can be certain that those patients will recommend it to their relatives and friends alike.
Allergies are caused by a hypersensitivity of the immune system. This triggers an excessive reaction to compounds which are not harmful to our bodies, but which an allergy sufferer’s system interprets as a danger. Correctly reorienting the immune system makes it possible not only to relieve the symptoms, but also to prevent the occurrence of allergies in children, for instance, where the system is still in the process of forming. Allergic reactions which become fixed are more difficult to treat in later years.

Halotherapy can be administered to people of all ages. As patients sit in a doctor’s waiting room, they often have a sense of time being wasted. Putting that time to beneficial use will help to rid them of that concern and mean that they look on the health centre with greater warmth.

The SALSANO DC-405 halogenerator has a selection of themed programmes, making it suitable for use in small, medium and large indoor spaces. Equipping your health centre with a dry salt aerosol facility is not only an expression of your concern for your patients, but also a measure which genuinely supports the improvement of public health.

Relieve the distress of the army of allergy sufferers.